In this episode of the Light Novel Podcast, we talk about the long-running series, A Certain Magical Index (Toaru Majutsu no Index) by Kazuma Kamachi. Between the original series and its sequel, New Testament, it has nearly 50 volumes in Japan. Unfortunately, we are a ways behind in the English market, having not yet completed the main series.
But we thought it was a good time to talk about the series as the third season of the anime, which is predicted to complete the adaptation of the original series, is currently airing. It only took eight years or so to get it!

*WARNING* This podcast is about the light novel series, Goblin Slayer. It will contain discussions about the topics of rape and violence. Listener discretion advised.
We will be comparing how the light novel, manga, and anime cover the mature content in Goblin Slayer in different ways. We’ll also discuss the controversy that surrounded the first episode and the response of the anime community.

Goblin Slayer is a fantasy series about an adventurer who has dedicated his life to hunting goblins. As his fame for taking these typically low-paying, high-risk, jobs grows, he is approached by other adventurers.

Date A Live game in the works

Do You Love Your Mom and Her Two-Hit Multi-Target Attacks? Getting an anime

My Next Life as a Villainess: All Routes Lead to Doom! getting an anime

Konosuba is getting a Dungeon RPG

The Crunchyroll Images we refer to… 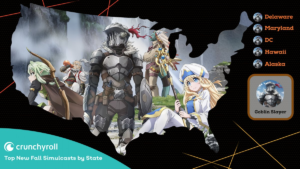 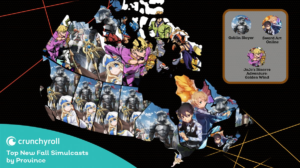 Hello Light Novel Podcast listeners! This is a very special episode as we have our first guest! Sam Pinansky, the head-honcho at J-Novel Club, talks to us about all aspects of the light novel industry, including anime, different funding models, and moving from eBooks into print! And there might just be some news about a couple of light novel series getting print editions from J-Novel Club as well!

Hello Light Novel Podcast listeners! In this episode, we’re talking about the upcoming Fall 2018 anime schedule, and specifically about the anime based on light novels!

Hello Light Novel Podcast listeners! On this episode we are talking about the light novel series How a Realist Hero Rebuilt the Kingdom! This series is brought to us in English by J-Novel Club.

It’s an isekai series that focuses more on kingdom building and politics. It sounds dry, but it’s a really well done series!

We’re covering volumes 1-4 in this podcast. That covers the first arc of the series.

Slayers is getting a new volume after almost 18 years!

Hello Light Novel Podcast listeners! Welcome to Podcast #7. In this episode, we’re talking about the fantasy series, Is it Wrong to Try to Pick-Up Girls in a Dungeon (known as Danmachi for short).

The series follows a young, naive, boy who travels to the great city of Orario in order to become an adventurer and to challenge the Dungeon at the city’s core.

In this episode, we’re talking mainly about volumes 1 to 3. This series did receive an anime adaptation which covered volumes 1 to 5. We think that’s too much, so we’re just covering the first 3 books (frankly, the anime should’ve done the same).

The Irregular at Magic High School Gets a Spin-Off Novel

Is it Wrong to Try to Pick-Up Girls in a Dungeon? (aka Danmachi) by Fujino Omori 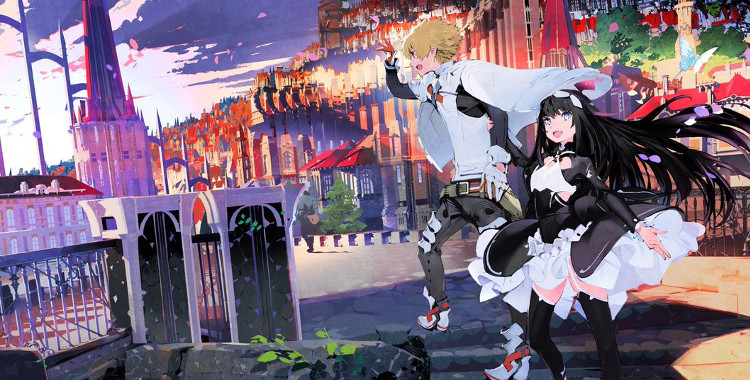 Classroom of the Elite
Spring or summer 2019
8 volumes (plus 2 side story volumes) – Ongoing – Media Factory
https://www.novelupdates.com/series/youkoso-jitsuryoku-shijou-shugi-no-kyoushitsu-e/

The Night is Young, Walk on Girl
https://en.wikipedia.org/wiki/Night_Is_Short,_Walk_On_Girl

Hello Listeners! On this episode, we’re going over all the major announcements J-Novel Club made at Anime Expo on July 5, 2018. They announced eight new light novel licenses, and also had some other big news! We discuss it all in this episode!

Well, technically it’s all news, but the one thing we discussed outside of licenses and J-Novel news was…

The release of the PV for A Certain Magical Index Season 3 of the Anime.

The Eccentric Master and the Fake Lover
http://www.crossinfworld.com/the-eccentric-master-and-the-fake-lover.html

Marchen der Werwolf: The Annals of Veight
Reborn as a Werewolf
Jinrou e no Tensei, Maou no Fukukan
https://j-novel.club/s/m-rchen-der-werwolf-the-annals-of-veight/
8 volumes. Last one came out in December 2017 – so still ongoing? Earth Star Novel

Hey there podcast listeners! On this episode we are talking about the upcoming Anime Expo! We are guaranteed 10 new light novel licenses this weekend. But odds are, we could see upwards of 20+ new light novel titles being brought to the English market. So we thought we’d each pick a few titles that we would like to see licensed, and the ones we are pretty much counting on getting licensed.

J-Novel Club’s titles are now available on Google Play
Sol Press has finished printing the copies of Battle Divas & Strongest Gamer #1 and will be shipping soon!
New Life+ had its anime canceled and light novel publication put on hold

What If the Female Manager of a High-School Baseball Team Read Drucker’s Management
https://en.wikipedia.org/wiki/Moshidora

Alderamin on the Sky
https://www.novelupdates.com/series/nejimaki-seirei-senki-tenkyou-no-alderamin/

Attacking the Dungeon With My Boss Is OT Work?!
https://amzn.to/2MMdHjw

And You Thought There is Never a Girl Online?
https://www.novelupdates.com/series/netoge-no-yome-wa-onnanoko-ja-nai-to-omotta/

I Was a Sword When I Reincarnated
https://www.novelupdates.com/series/i-was-a-sword-when-i-reincarnated/